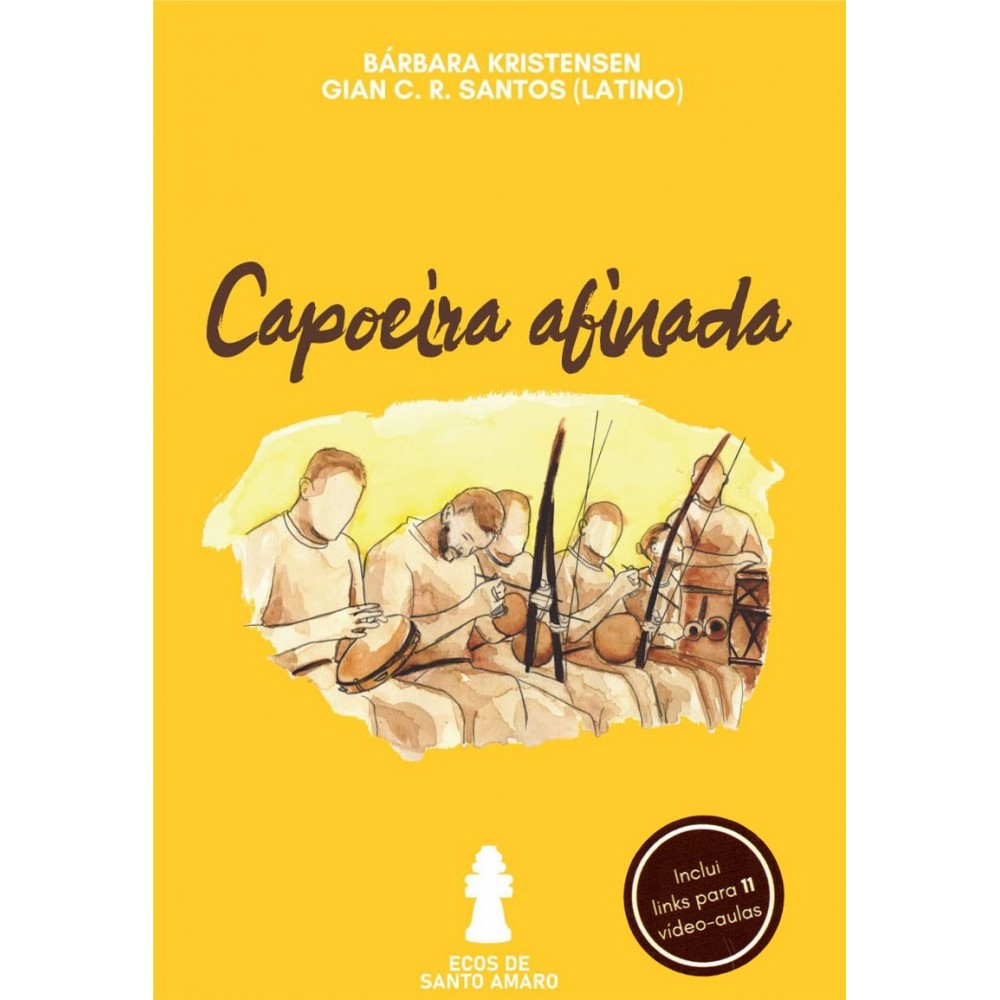 The seed of this book was planted in November 2019, when we participated in “Alumiô”, an event organized by Mestre Negoativo at Centro Cultural Lamparina, in Belo Horizonte. There, we met Fábio Lima, Leão Pequeno, from Rio de Janeiro, who, in addition to being a capoeirista, is a musician and producer. In our conversation, we talked about the musicality of capoeira and we told you what we developed here in our home - the Cultural Space Ecos de Santo Amaro, which is in Navegantes, Santa Catarina -, a work focused on (re) discoveries and musical practices of this art. Leão liked what he heard and asked us a question that we had never asked before: "Why don't you write a book about what you are doing?"
After much thought, we decided that the idea was good and started to think about how this book could be structured. In this process, it was inevitable to remember that there were countless criticisms we received from some capoeiristas who told us that, when we were concerned with the tuning, we were inventing something that did not exist or should not exist in capoeira. These criticisms, which we always respect, but try to counter, did not make sense to us because almost everything we seek to do in classes, in circles and in our experience with the musicality of capoeira came from conversations and observation of the attitudes of various masters and masters that crossed our path. We decided, then, that one part of the book should explain strategies that we had been using to develop our musicality, which ended up being in the last chapter. In it, we show how to deal with the tuning of the instruments, the voice, the choir, as well as showing how, sometimes, we use other instruments to increase the musicality in our practices (and we will show that this has been happening in capoeira for a long time). To facilitate this understanding, there are eleven videos that explain a little better how this works in practice.
We also think it is important to deepen a still shy study that we were doing, analyzing old recordings, seeking, precisely, to unveil musically what these masters did, also to show that the concern we have with tuning is not something new, on the contrary, it is something that since the earliest records it was present. From then on, what was a shy study became our focus so that the book could also count on this information and composed the first chapter of the book. In it, we make an analysis of fifteen songs by nine old masters (starting with the recording of the recordings of Lorenzo Dow Turner from 1940), trying to understand how the tuning of the berimbaus and the voices was made and how these notes “combine” with each other musically.
Almost at the same time, we also realized that, initially, when we went deeper into the musicality of capoeira, we did not do it based on the masters who have already left us, but, mainly, the masters and masters who are still with us, with whom we learned to every meeting or every opportunity we had to see and hear them. Therefore, we decided that we also needed to register that contemporary masters and teachers also had a concern with musicality and, for that, we talked to them and them in order to confirm if what we observed was really real and how this process happened with each one of those people, which we do in the second chapter. In it, we bring the testimonies of fourteen masters and masters with whom we build some kind of relationship and whose musicality has always served as inspiration and learning, seeking, mainly, to safeguard this knowledge.
Finally, we had the structure of the book ready: a chapter in which we would analyze the old recordings, a chapter in which we would expose how some masters and teachers (especially those with whom we had a closer relationship in some way) experience musicality, also seeking to safeguard the knowledge of those who are references for us and, finally, a chapter in which we would make a record of what we are doing. And that is exactly how this book is presented.
We want to reinforce, however, that we are not theorizing the musicality of capoeira, but trying to understand, translate and transcribe what those who came before us did, precisely in order to show that no formal knowledge is needed to worry if with the tuning, considering that these masters and masters already did it and do it, with excellence, essence and ancestry.

Gian Latino is a capoeira foreman and master of popular culture in the city of Navegantes. He is one of the coordinators of the Espaço Cultural Ecos de Santo Amaro and one of the organizers of the traditional capoeira circle of the Igreja Matriz de Itajaí, which has existed and resisted since 1990. Latino is a capoeira player. He gives workshops on musicality and performs in several cultural presentations in Santa Catarina and Brazil. He has participated in international events and was a street musician in Dublin, Ireland. Singer and composer, several of his songs are played in different capoeira circles. For Latino, between understanding and executing the game, singing, history and everything that encompasses capoeira are, above all, harmony and time.

Bárbara is an educator, specialist in Music Teaching Methodology, capoeirista, singer, composer, arranger and musician. She is part of the musical collective Mulher Arte and Bando Chico Estrada and was already a street artist in Dublin, Ireland, during her experience in that country. Passionate about popular cultures, she actively participates in presentations, festivals and studies focused on music and its various manifestations. Essentially, she believes that knowledge is everyone's right and transformative, which is why she dedicates herself to education and, among others, teaches workshops on musicality in capoeira. She is one of the coordinators of the Espaço Cultural Ecos de Santo Amaro, a space-house where she allows the buds of her art to germinate, still in discovery. 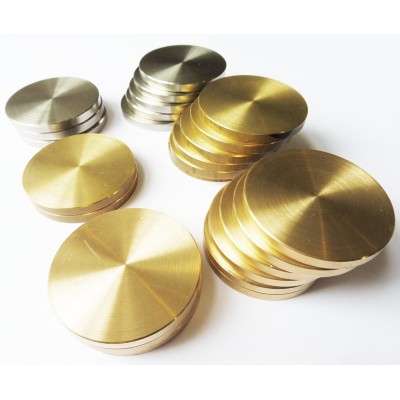 High quality Dobrão to play the berimbau. (See technical sheet below). Sold individually. Brass (1), bronze (2) or stainless steel (3). - Brass: It is the most classic material in the manufacture of Dobrões - Bronze: A noble material for a Dobrão which will resist oxidation better. Visually it is almost identical to brass. - Stainless steel: Stainless...
Price €9.28
In Stock
View Detail 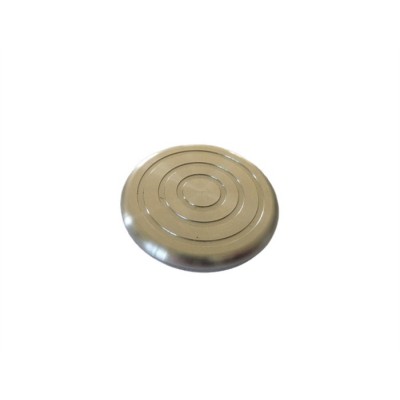 Dobrão in stainless steel for berimbau. The doubloon (in French) is a metal piece, quite heavy, which replaces the stone (or pebble) to play the berimbau. It is one of the accessories of the berimbau like the baguette or the caxixi. In stainless steel, this dobrão will resist over time. Anti-slip sculpture so that the dobrão does not slip from the fingers...
Price €10.49
In Stock
View Detail 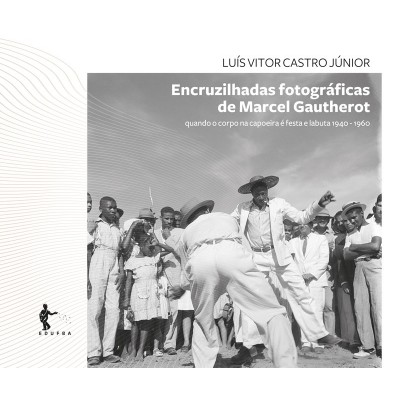 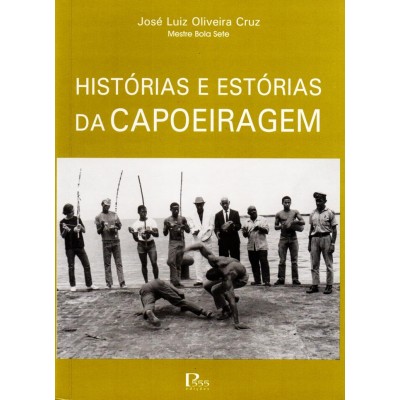 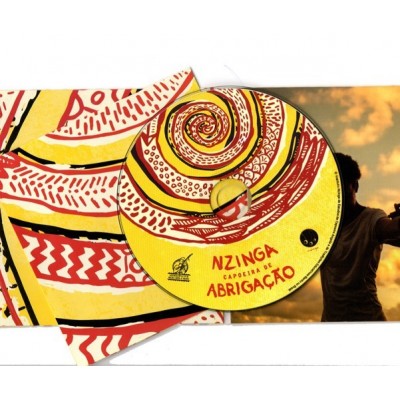 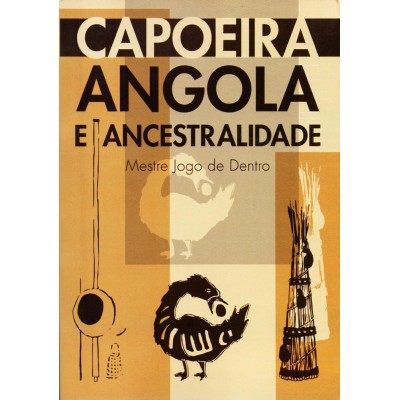 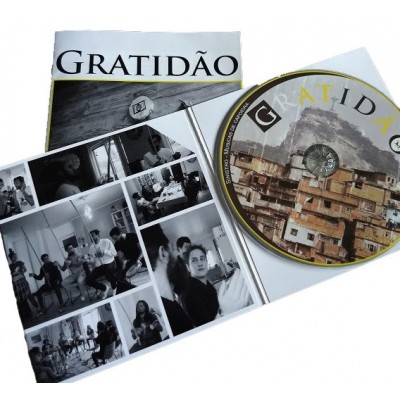 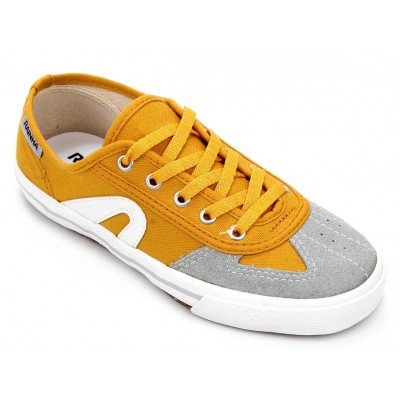 The Rainha VL 2500 shoes offer maximum comfort so you can enjoy your rounds and capoeira training in style. The Brazilian brand created in 1934, has been the benchmark for Capoeiristas since the 1980s. These are the ideal shoes for outdoor training. For ecological reasons, we have chosen to sell these shoes without the cardboard box, which in 90% of cases...
Price €44.63
Product available with different options
View Detail 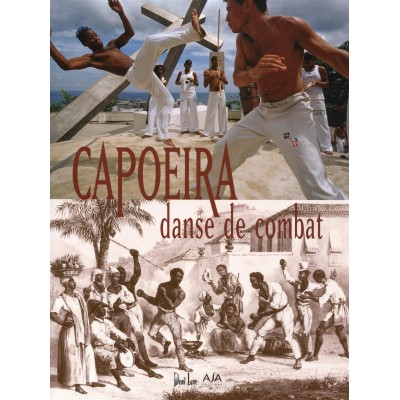 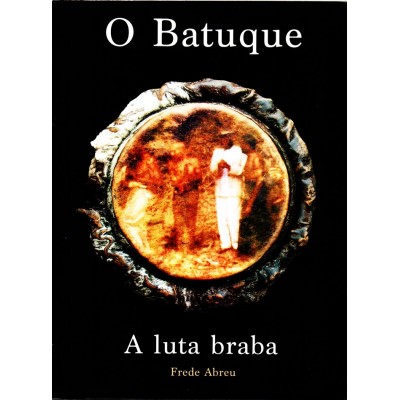 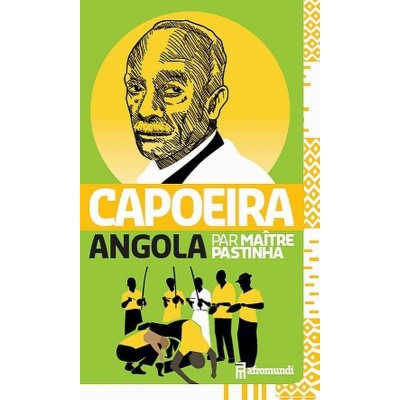 Here is a book on Capoeira Angola in French, simple, accessible and pleasant to read. In this work translated from Portuguese (in its original version), the Master of Capoeira Angola, Vicente Ferreira Pastinha, offers us his point of view but also techniques, movements and traditional songs. This book is no longer published / distributed. We managed to...
View Detail 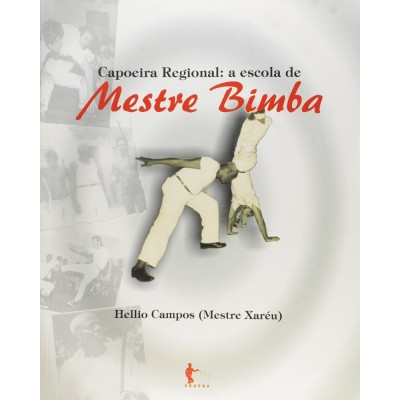 Capoeira'a book of Mestre Xaréu (Hellio Campos) shot 700 copies in 2009. A trip to the heart of the academy of the great Mestre Bimba.
Price €66.23
Last items in stock
View Detail 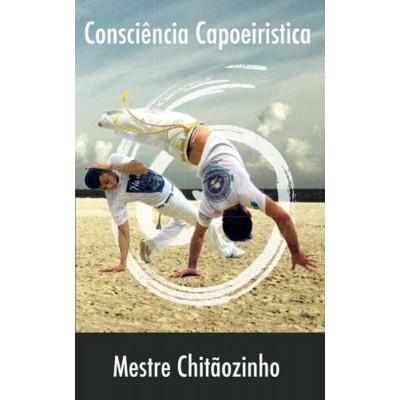 Consciousness Capoeiristica is a book that not only awakened new understandings in those who read it, but challenged many ideas already established in Capoeira on what becomes capoeira consciousness...
View Detail 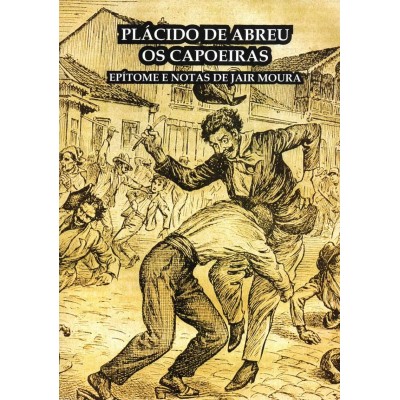 Jair Moura, great historian and writer for the community "Capoeira" offers us a book based on the writings of Placido de Abreu. Another historical trip of great interest to learn more about the Capoeira of Rio de Janeiro at the end of the 19th century. Portuguese book.
View Detail 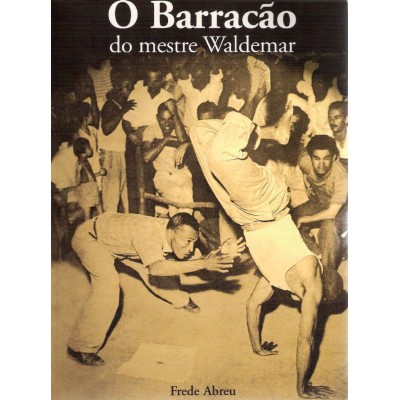 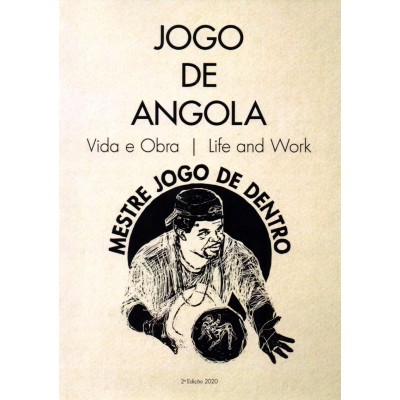 In his book, Jogo de Angola: Vida e Obra, Mestre Jogo de Dentro tells us his story through a captivating story. Anecdotes, memories, quotes ... here is his work. An essential book accessible to the greatest number because it is bilingual: English - Portuguese. Book autographed by the author (Mestre Jogo de Dentro).
Price €32.92
In Stock
View Detail
only categories